Reggio Emilia Institutet in Sweden is driven by a strong pedagogical idea which is inspired by the municipal pre-schools in Reggio Emilia in Italy.

Since it was established in 1993, the institute has been a meeting place for everybody in Sweden who wants to examine and work for the rights and opportunities of children and young people.

Reggio Emilia Institutet tries to connect various competences and activities from the idea of a cooperative form of learning through collective experimentation.

A form of learning that is always in movement on the basis of investigation and participation in dialogue, at the local and national level but also internationally

– AN INSTITUTE FOR THE DEVELOPMENT OF PRACTICE

Reggio Emilia Institutet consists of an economic association and a limi- ted company which carries out comprehensive commercial activities which has enabled the institute to be both a large and important meeting place and a developer of practice of, above all, Swedish pre-school institutions, but more recently also of Swedish primary schools. The institute’s wide-ranging educational activities, with a catalogue of open programmes as well as a large number of specially commissioned courses has enabled the association to invest money and resources in various projects to develop practice. At the same time, of course, all the lectures, courses, guidance and educational programmes in our business activity have led to the development of practice across Sweden, through the inspiration and know- ledge that these have transmitted in the hundred languages of children, in pedagogical documentation, in cooperative learning, in reflecting and investigating, in the use of projects. 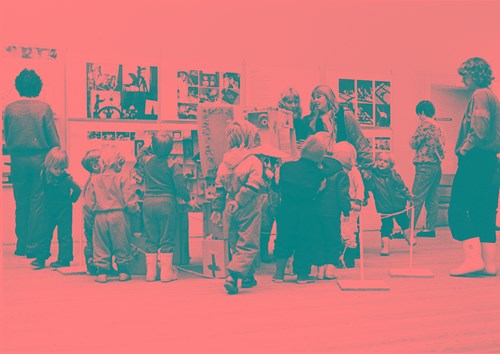 IT ALL STARTED AT MODERNA MUSEET, THE MAJOR MUSEUM OF MODERN ART IN STOCKHOLM.

THE HISTORY OF REGGIO EMILIA INSTITUTET

Sweden is the country that has had the most and the longest exchange with pre-schools in Reggio Emilia. Reggio Emilia Institutet was established in 1993, after two large exhibitions from Reggio Emilia, A child has one hundred languages and More about the one hundred languages that were shown at Moderna Museet in Stockholm in the 1980s and which aroused considerable and wide interest among educators as well as politicians, researchers and others in Sweden, but even the rest of Scandinavia.

The purpose of establishing an institute was to stimulate discussion about pedagogical issues by trying to deepen know- ledge about the pedagogical philosophy at the municipal pre-schools in Reggio Emilia and inspire Swedish educationalists to such work in our Swedish pre-school tradition, which in many ways carries with it a similar respect for children to that in Reggio Emilia.

At the instigation of Reggio Emilia Institutet, a Sweden Network was created so that many people could meet and dis- cuss, and this subsequently grew into many local and regional networks.

The institute’s activities have expanded considerably over the years which resulted in it becoming both an economic association and a limited company.

• Reggio Emilia Institutet wants to inspire and develop Swedish pre- schools and schools – and show all the rights and resources of children.

• Reggio Emilia Institutet coordinates and cooperates with many net- works: Swedish, Scandinavian and international such as Reggio Children and La Fondazione Reggio Children Loris Malaguzzi in Italy, NAREA in North America and Red Solare in South America, and many more besides. Reggio Emilia Institutet also hosts many study visits from other countries and has been involved in building a school, which it still supports, in a poor village in Nepal.

• Reggio Emilia Institutet is an institute for developing practice which runs a number of development projects.

• Reggio Emilia Institutet offers lectures, seminars, courses and conferences in many places in Sweden as well as in Reggio Emilia in Italy.

• Reggio Emilia Institutet offers several yearlong courses to become an atelierista or a pedagogista, and an advanced course for educators.

• Reggio Emilia Institutet produces new materials, reports, writings and also publishes books as well as selling books from other publishers with relevance to the institute’s activities, and also books and material from Reggio Children.

• Reggio Emilia Institutet has a homepage where visitors can read about the institute and its activities, book lectures and courses, apply to educational programmes, order books and other publications, read articles and reportage (especially on the pages from Modern Barndom), gain access to pedagogical documentation and research etc.

• Reggio Emilia Institutet offers tailormade training courses for entire municipalities, pre-schools and schools as well as process leadership, across Sweden, but also in the rest of Scandinavia, more particularly in Norway.

Bordercrossing is an exhibition from Reggio Emilia in Italy, which is now touring in Sweden under the auspices of Reggio Emilia Institutet.

In every municipality where it is shown, the institute also constructs an atelier as part of the exhibition and which remains after the exhibition has moved on. In the atelier, visitors can themselves test ways of meeting nature with various types of analogue and digital expressions, just like there have been many examples of from the preschools in Reggio Emilia in the exhibition.

Here you find an article translated to english from Modern Barndom (Modern Childhood, the magazine of the Swedish Reggio Emilia Institutet) about Bordercrossing in Haninge municipality, south of Stockholm:

BUILDING WHERE WE PUT OUR FEET DOWN

“With Bordercrossing, we wanted to take an extra step. But also to celebrate everything that we had done since our ‘view-change’” says Maria Pelle-Bäck, central atelierista in Haninge municipality.

Building where we put our feet down

REGGIO EMILIA INSTITUTET OPERATES IN MANY PLACES, IN RECENT YEARS FOR EXAMPEL IN:

The very first project, Pedagogy in a changing world, started in 1993 in close cooperation with the Teacher Training College in Stockholm and the Skarpnäck urban district in Stockholm.

Since then, the institute has run many projects lasting several years, such as:

• The magical language, which led on to a large research project about children and language at Stockholm University.

• The pre-school of tomorrow, which brought together educators, architects, designers, politicians, pre-school directors, and others, to especially concentrate on the importance of environment and the question of how we can build the pre-schools of tomorrow.

• Interculturality project, which is the first project where the institute cooperates with some pre-schools in Reggio Emilia and in two places in Sweden, around how one can work inter-culturally in pre-schools.

• School project, about how the schools’ work can encourage the construction of sentences.

• Light project, which gathered together several pre-schools in an investigation of the scientific phenomenon and concept ‘Light’.

• In-depth project in pre-school, which worked with deepening pre-school practice from the starting point of the new revised national Swedish curriculum for pre-schools together with the one hundred languages.

• Sustainable future, a newly-started project about sustainability issues in pre-schools and schools. 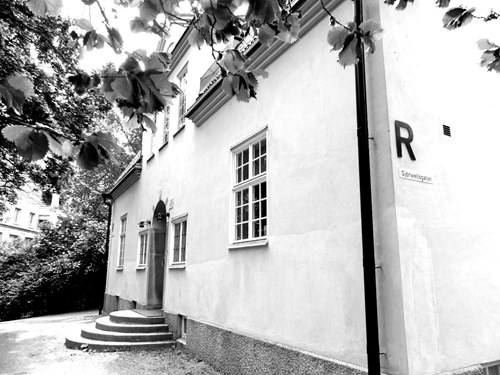 A film about two Swedish elementary schools inspired by the educational philosophy of the city of Reggio Emilia in northern Italy. With english subtitles.